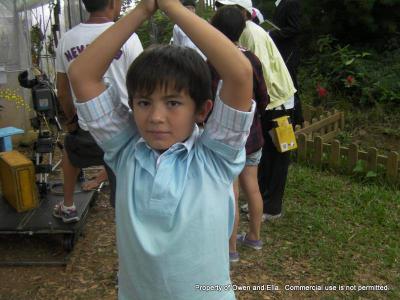 The commercial is out in China!! However, we don't get to see it. :-( It doesn't air in Taiwan. I am really hoping someone in China can record it and send it to me or post it online. It was a fun trip!

But, anyway, the photos are here.

I admit, I have been lazy. I guess I am just a bit worn out. I haven't updated my blog for over a month! It's time to catch up... 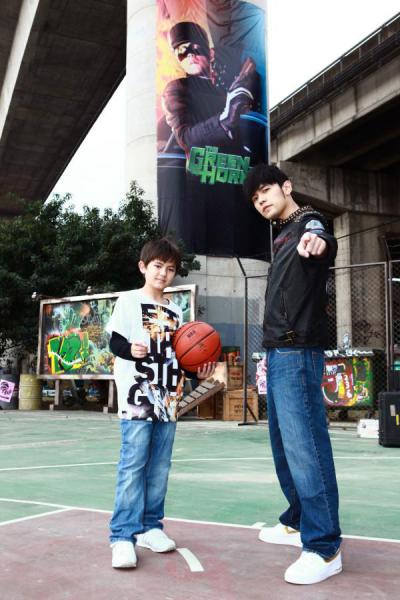 Wow - the 天地一鬥 music video is out! Owen had the opportunity to work with Jay Chou! Even though this is a music video and Owen didn't need to say a word but he had to act. I think he did fantastic! Well, that could just be the "mom" in me talking. :-)

If you want to see the photos, here they are.

Hawaii, here we come! This trip is so special, I have been to Hawaii so many times now and this is the first time that we are going there for business... Well, if you can call it business... :-) Ella was picked for a commercial which takes place in Hawaii. We don't know which island we will end up yet but the sound of going to Hawaii is already very exciting!

The project is very special from the beginning. The client is from China, they decided to choose the actors and actresses in Taiwan and the director is from Hong Kong with a Taiwanese production house. Quite complicated, right? From what I hear, this is not the first time that a cross-straits collaboration has happened and it is quite common actually. I am sure it takes a lot of preparation work and many logistics to sort through. It is amazing how a short commercial can be so elaborate and so carefully crafted. No wonder the budget is always so large.

Going to Hawaii is not a small deal. The production house and the client have many considerations when it comes to actors. For example, usually, they pick one actor per acting role, this time. They picked two little girls instead of just one. They are worried that because of the long trip, a 5-year old might have jet leg or other issues that might delay filming. So, they picked two little girls. Whoever feels up to it at the time, they will film the one first. :-) What does this benefit? This will ensure that the filming schedule is not delayed and the client has two versions of the commercial film to pick from. The client gets to decide which version gets aired.

The other little girl is Taiwan-Brazilian mix. When I found that out, I spoke Portuguese with her and she was so surprised! She asked me why I know how to speak her mommy's language. So cute! Ella and her both were playing with each other. They seem to have a good time. I have a feeling that Ella will have a great trip! She has another same age girl to play with the whole trip. ;-) 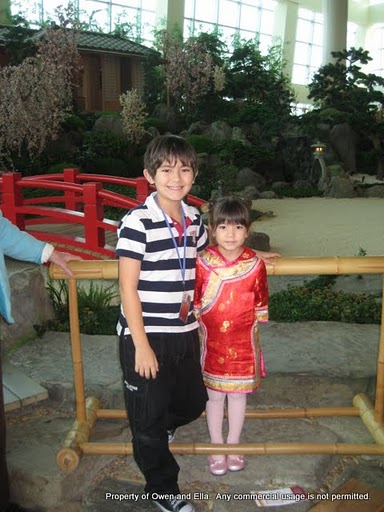 Many people asked me what Owen and Ella did during the Chinese New Year. They pretty much did what every kid would do, eat, sleep, play, and eat some more. A long 10 day vacation (including two weekends) must have added some weight on them! They are kids, so, they can afford to have a few more kilos. Grandma also came from Illinois to visit. 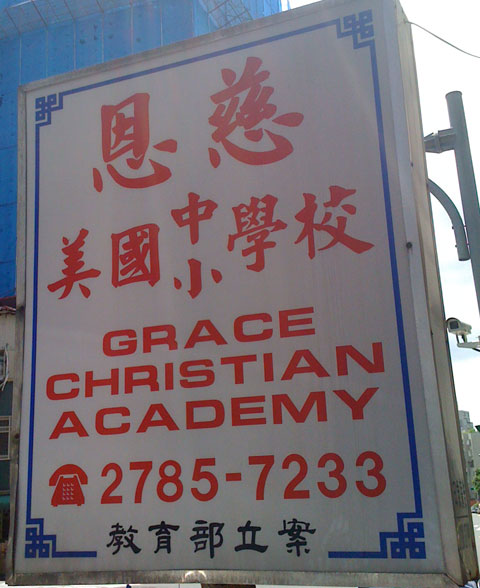 Well, I just learned that the only girl in Owen's class is about to move to Canada. Do you know what that means? That means Owen's class will only have 2 students! 2 students, people!!!! Every class at GCA has been gaining students. 2nd grade and 4th grade (Owen is in 3rd grade) have reached over 5 and closing on 10 students! But, Owen's class... Sigh... Owen really really needs some more friends in his class.

What do you use? Do you use one space or two spaces after the period? When I was in school, the teacher couldn't stress enough that we had to use two space after the period when you finish writing a sentence and start to begin another. Now, I just read this article that completely toppled that which completely shocks me.

Read it for yourself:
Space Invaders