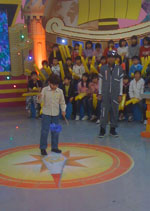 Owen went to an audition yesterday for a TV show. There was a boy who is about Owen's age sitting next to him. 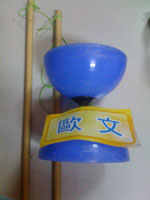 The boy looked at Owen with his eyes wide open. I am not sure what was going through his mind but his facial expression told me that he thought it was cool to meet Owen in person. :-)

With Owen and Ella being mixed kids, they certainly attract a lot of attention in Taiwan. On top of that, with the modeling/TV shows work that they have done, people started to recognize them on the street a little bit. :-)